The Surprise Swim on Sunday

This past Sunday, I journeyed to the Courtenay Airpark with my friend Karli to soak up the sun in an area called "Little Mexico".  It is a sweet little cove with green grass and a somewhat sandy beachfront that is readily accessible when the tide is low.  She suggested it since the tide happened to be very low and the summer sunshine was in full force.

We had a delightful time talking about all topics under the sun (literally) and then realized the time, so we began to head back.  What we failed to realize is that the tide had started to come in...so much so that what was a small crossing of ankle deep water to reach Little Mexico was now quite a deep pocket of the sea!  My friend and I looked at each other and we both knew what was needed; our pants were coming off!  So we both removed our bottoms and there we were hand in hand wading through the water.  Sorry no photos of this one.  As we got further and further in I was laughing and crying out at the same time.  The water was frigid!  With my legs being quite a bit shorter than Karli's, the water began encroaching on my underwear.  I was standing on my tippie toes, though nothing could prevent the water from seeping in.

We arrived at the other side of the inlet giddy and refreshed.  I arrived with soaking wet undies.  Karli's were bone dry.  I wrapped my towel around me to form a skirt, as the thought of jeans over wet underwear was less than appealing.  We walked the rest of the way back to the car in bare feet.  Our trip back encompassed wading through what felt like quick sandy type mud that had formed over the afternoon, balancing on massive driftwood logs, careening through a bit of bush, and finally walking on the hot dry pavement.  I felt a sense of accomplishment from our unexpected adventure and would definitely do it again! 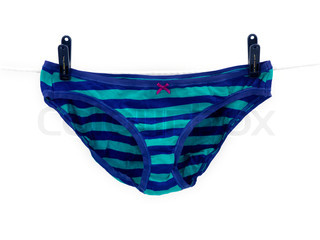 The theme of the weekend: "one never really knows how the day will transpire if one is open to all the possibilities".  I like the idea of being open to the unknown, especially when it involves nature, good friends, and fun!
Posted by Ashley Hain at 19:56