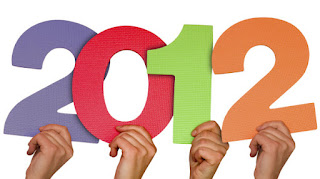 Last week I ventured down to the Unitarian Fellowship of Nanaimo, where the Nanaimo Metaphysical Group meets once a month, to attend a presentation on 2012.  With all the speculation surrounding the significance of the year 2012, Dr. Gregory Arkos, a Physics professor at Vancouver Island University,  was invited to present his findings. The turnout was grand, and I think a lot of people's minds were put to ease as Gregory's scientific evidence was compelling.

His talk of 2012 definitely appealed to my left brain, though my right brain felt undernourished.  Here's why.  He aimed to debunk a few key theories regarding December 21st, 2012, that are getting lots of press on the internet these days, including, planet X - Nibiru, solar flares and pole reversal.  These forces have all been suggested as having the potential to end life on Earth as we know it.  With respect to Planet X, he claimed that we would be able to see this planet with the visible eye within a year of it being able to reach Earth, and the research is clear: there is no such visible constellation to speak of at this time.  Given we are less than a year away from the target date of December 21st, 2012, this theory would be considered null and void.  The other two theories were also deemed invalid from a scientific point of view.

The talk explained the reason behind the specific date of December 21st, 2012.  Apparently the Mayans, an ancient civilization residing in Guatemala to this day, had an advanced way of keeping time, and not only produced a calendar based on the stars, but also intricate observatories to view celestial objects.  According to their calendar, the 2012 December date is when the calendar goes from 12.9.9.9.9 to 13.0.0.0.0 baktun.  I won't get into the depths of number significance here, though basically the 13th baktun represents a new cycle period in history.

So my right brain is wondering if perhaps this significant time is meant to signify some sort of shift on a global scale, perhaps a shift in consciousness, versus a physical "end of the world"disaster.  This discussion was very briefly touched on, by one of the audience participants, though it was VERY brief...like a notable person getting an honorable mention at an award ceremony.

So I did a bit of research and stumbled upon Carl Johan Calleman, a man well versed in the Mayan calendar and culture, who had this to say on the subject:

" “2012” has for too long been a playground for pseudo-science and the many unfounded “singular day” ideas blur the fact that the end scenario of the Mayan calendar is really about a socio-economic transformation resulting from processes influencing human consciousness. It is thus about the human beings themselves and how we co-create the birth of a new world and not about any geological or astronomical event that we only would be observers of anyway."

Here is what my right brain has to say about the matter: perhaps December 21st, 2012 signifies the beginning of a new era on Earth.  A shift from the industrial era to the environmental era.  A move back to our roots, back to nature, a revival of the our spirits and of the Earths' spirits.  I think we are embarking on an exciting time of transformation that is requiring humans to do the necessary inner work that will enable us to attend to the Earth's call for a major make-over.

All in all, I found Dr. Arkos' talk to be informative and at times humorous.  With only a few minutes left, he confessed that he did not want the group to leave feeling too comfortable and at ease.  For this reason he ended his talk with the news that, from a scientific standpoint, asteroids are a major hazard that can destroy life on Earth, and is only able to be detected within two days of an attack.

Knowing this information, I would say that the main message I left with is to cultivate joy and love each day, because nature plays by its own rules and you never really know what is going to happen on our beautiful planet Earth!